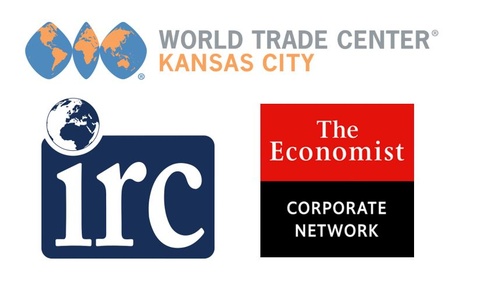 About the CHINA Town Hall CHINA Town Hall connects leading China experts with Americans around the country for a national conversation on the implications of China's rise on U.S.-China relations and its impact on our towns, states, and  nation. The National Committee on U.S.-China Relations is proud to partner with a range of institutions and community groups, colleges and universities, trade and business associations, and world affairs councils to bring this important national conversation to local communities around America for the 14th consecutive year.

Amid the Covid pandemic, ongoing tariff escalation, and political developments in the U.S. and East Asia, the U.S.-China relationship remains one of mutual dependence and aggravation. Joining us one week after the U.S. presidential election, Janet Pau, director of The Economist Corporate Network in Hong Kong, will trace the recent evolution of the Sino-American economic and geopolitical tug of war and explore a range of possible outcomes for the world's two largest economies.

Ray Dalio is the founder, co-chief investment officer, and co-chairman of Bridgewater Associates, LP, the largest hedge fund in the world. Ray Dalio and Bridgewater have been deeply involved in the evolution of the Chinese economy and markets for 36 years. He was drawn to China at first by curiosity and later by a deep affection for the Chinese people and culture. His earliest visit was in 1984 as a guest of CITIC when the company invited Mr. Dalio to teach them how financial markets work and to help them develop their financial system. Mr. Dalio visited China for many years just for the pleasure of it, but eventually he and Bridgewater began managing investments and providing advice to China's top investment institutions and senior policy makers; in 2003 he began trading in Chinese markets. Over the past year and a half, Bridgewater has launched two All Weather China strategies ? one for non-Chinese institutional investors to gain exposure to Chinese assets, and the other for domestic investors in China. Bridgewater has followed the development of China's markets as they have opened up, and the firm has secured licenses to access that allow it to increase diversification locally. Bridgewater maintains offices in Beijing and Shanghai.

Mr. Dalio's close relationship with China extended to his family, who joined him on visits to China starting in 1985. That led to his son Matthew going to an all-Chinese school in Beijing when he was 11 and to his setting up the China Care Foundation to help Chinese orphans with special needs when he was 16. The Dalio family continues to support child welfare and education initiatives through the Beijing Dalio Foundation. Mr. Dalio also established, with Bill Gates and three Chinese philanthropists, the China Global Philanthropy Institute, which teaches Chinese philanthropists and policy-makers best practices in philanthropy.

Janet Pau is the Director of The Economist Corporate Network in Hong Kong. She brings her experience working with top executives throughout Asia, coupled with economic knowledge and industry insight to help organisational leaders and their teams gain a holistic, practical appreciation of the opportunities and challenges in Greater China and across Asia. Before joining The Economist Corporate Network, Janet was Program Director for the Asia Business Council, developing and delivering content for private forums for an all-CEO membership in Asia for more than a decade. Prior to that, she was Manager at the Global Business Policy Council at consulting firm A.T. Kearney in Washington D.C., where she led consulting projects and intellectual capital publications for senior executive clients in both business and government.

Janet's publications include Through the Eyes of Tiger Cubs: Views of Asia's Next Generation (Wiley, 2012) and Building Energy Efficiency (Encyclopaedia of China Publishing House, Chinese edition, 2008). She was an op-ed contributor  and columnist for the South China Morning Post from 2011 to 2019. She has also contributed opinion pieces and book chapters, and spoken at various local and regional business conferences. She serves on the leadership team of Hong Kong-based charity Beyond Foundation, which advocates for children with special needs and their families. She was a member on the Hong Kong Government's Antiquities Advisory Board, Museum Advisory Board, and Central Policy Unit. Janet received a Bachelor of Arts degree in international studies and psychology with honours from Yale University and a Master in Public Policy specializing in economic policy and competitiveness from Harvard University.

Location:
This event will be VIRTUAL.
Date/Time Information:
Program Agenda: