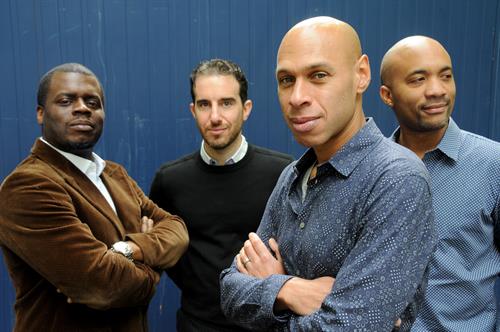 JAZZTALK WITH STEVE KRASKE AT 7 PM

Winner of the 1991 Thelonius Monk International Saxophone Competition, Joshua Redman, makes his way to the Folly to perform with his quartet on Thursday, April 11 at 8 PM. Joshua Redman is the son of legendary saxophonist Dewey Redman and dancer Renee Shedroff. After Joshua’s graduation from Harvard in 1991, he took a year off before his plan to attend Yale Law. During that year, Joshua was swept up in the New York jazz scene! Redman released his first self-titled album in 1993. After several more successful albums, he was appointed the Artistic Director of SFJAZZ in 2000. With that appointment, the SFJAZZ Collective was created.

Joshua’s most recent album, Still Dreaming, was released in May of 2018. Redman is joined by drummer Brian Blade, Bassist Scott Colley, and trumpeter Ron Miles. Still Dreaming was inspired by his father, Dewey Redman’s 1967 band.