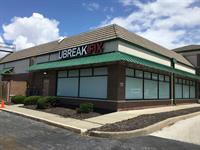 uBreakiFix services anything with a power button, including smartphones, game consoles, tablets, computers, laptops,iPads, and everything in between. To date, uBreakiFix has completed more than 4.7 million repairs. While common fixes include cracked screens, software issues, and camera issues, the brand offers support for most technical problems on any electronic device, regardless of make or model.

Through strategic partnerships with leading technology companies, including Samsung and Google, uBreakiFix provides Samsung Galaxy customers and Google Pixel and Pixelbook customers with manufacturer-backed, same-day repair services using genuine parts. Through the partnership with Samsung, Galaxy owners can get in and out-of-warranty repairs at more than 300 locations nationwide, with most repairs completed in two hours or less.

In May 2018, uBreakiFix announced a partnership with Kansas City’s Phone Medic, under which Phone Medic began to operate as uBreakiFix at nine locations throughout Kansas City and the surrounding areas, with two additional locations planned to open in September 2018. Under Mike Kushnir, Paul Kushnir and Christine Ricci’s leadership, Phone Medic has responded nimbly to meet market demand and grow exponentially under the umbrella of uBreakiFix.

“At uBreakiFix Kansas City, our top priority is keeping the community connected,” Ricci said.
“Through our newest locations in Liberty and at Ward Parkway, we’re able to provide access to convenient, high-quality tech repair solutions for businesses and consumers in each of these communities.”

uBreakiFix has more than 425 locations open across the U.S. and Canada.

“At uBreakiFix, our goal is to take the hassle of a broken device and create the most positive, convenient experience possible for our customers,” said Justin Wetherill, CEO of uBreakiFix. “We are a customer service company first, and a tech repair company second. As we expand throughout Kansas City, we look forward to becoming the trusted resource to keep consumers and businesses connected to the things and people who matter most.”

uBreakiFix Ward Parkway is located at 8440 Ward Pkwy, Kansas, MO 64114 and can be reached at: 816.708.4524. For more information and to view a service menu, visit http://ubreakifix.com/locations/wardparkway.

About uBreakiFix
Founded in 2009, uBreakiFix specializes in the repair of small electronics, ranging from smartphones, game consoles, tablets, computers, and everything in between. Cracked screens, software issues, camera issues, and most other problems can be repaired by visiting uBreakiFix stores across the U.S. and Canada. Since 2016, uBreakiFix has served as the exclusive walk-in repair partner for Google Pixel customers. In 2017, uBreakiFix expanded the partnership to include exclusive after sales support for Google Pixelbook customers. In 2018, uBreakiFix became a Samsung Care-authorized service provider offering same-day, in-person support for Samsung Galaxy customers across the U.S. In 2018, uBreakiFix also ranked #18 on Entrepreneur’s Franchise 500®, #1 in the Electronics Repair category, and #1 on the Top New Franchises list. For more information, visit http://www.ubreakifix.com.